Messaging apps have become so popular in recent years that millions of people around the world now depend on these apps for everyday communication. The top five most popular apps are WhatsApp, Facebook Messenger, Viber, Line, and WeChat.

Between 2015 and 2016 alone, the popularity of these apps has increased by 31.6%, and it is predicted that by 2018 the number of worldwide messaging app users will reach 2 billion and represent 80% of smartphone users.

If you take a look at the comprehensive infographic below, you’ll find all you ever wanted to know about these 5 hugely popular apps. Here are just some of the interesting facts you’ll find in the graphic:

WhatsApp was released in January 2010 by Jan Koum and Brian Acton, who had unsuccessfully applied for a job at Facebook before launching their own messaging app.

Facebook Messenger was invented by Facebook founder Mark Zuckerberg and David A. Marcus, and released in August 2011.

Viber was launched in December 2010 by Talmon Marco, the former chief information officer in the Israeli army.

Line was the result of NHN Japan engineers’ desire to help the people of Japan communicate more easily after the earthquake Tohoku had damaged the country’s telecommunication infrastructure in 2011.

WeChat was invented by Zhang Xiaolong and released in China in January 2011.

All five apps enjoy an enormous popularity in countries all over the world. China’s WeChat has the highest number of registered users (1.1 billion), followed by WhatsApp with 1+ billion, Facebook Messenger with around 1 billion as well, Viber with 8+ million, and Japan’s Line with 700 million registered users.

For more on why WhatsApp, Facebook Messenger, Viber, Line, and WeChat are so insanely popular all around the globe, check out the infographic below. 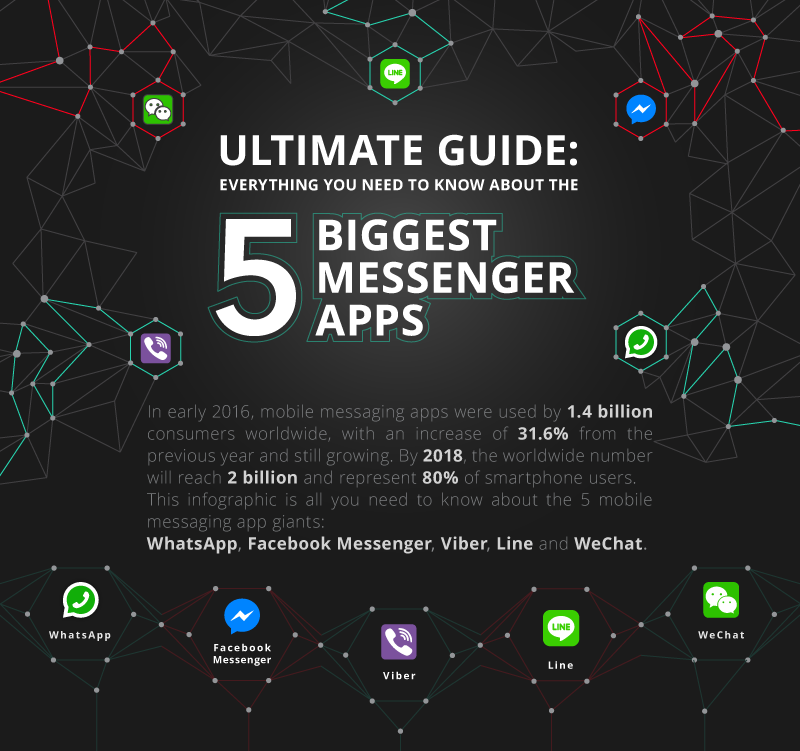 7 Strategies to Deal With Negative Feedback on Social Media Channels

I am a technical writer who loves to write about top ecommerce platforms PrestaShop, Magento, Durpal, WordPress, WooCommerce etc. I like to share latest news and helping tutorials about them.

Guide on Magento 2.X Migration for Product Designers and Printers

How to Safely Migrate Your WordPress Blog from .com to .org